The terms and conditions stated in the local conditions are those which apply to Craftworkers at the Council, apart from some areas of the local agreement where it says ‘refer to national conditions’. 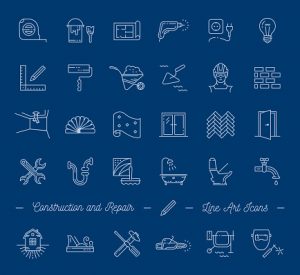 The salary scales for Apprentice Craftworkers and fully qualified Craftworker posts can be found below:

Standby: Actual hours worked whilst on standby duty are paid at time and a half, apart from on a public holiday when they are paid at double time.  For any time called out a minimum of 2 hours should be claimed, as long as the total hours claimed for the period of standby doesn’t exceed the length of the standby period e.g. for 8 hours on standby a maximum of 8 hours can be claimed.  Standby is claimed on the Craftworkers claim form.

Overtime: Overtime is paid at time plus 50% and is claimed on the Craftworkers claim form.

The Craftworkers claim form is found below:

Craftworkers can be contracted to work up to 45 hours per week.  In practice they tend to be working 37, 41 or 45 hours per week.  In the Craft Local Terms and Conditions Agreement there are also 3 different rotas which can be worked.  Rota A is working Monday to Friday 8am to 4pm and doesn’t attract any extra pay.  Rota B is working Rota A (standard hours) plus working up to 8pm Monday to Friday and this attracts a 4% uplift on hourly rate.  Rota C is working Rota A + Rota B + on a Saturday until 4pm (5 days out of 7) and this attracts an 8% uplift on hourly rate.  The rotas are allocated per individual employee, not per trade.

At the end of the fixed term contract one of three things might happen:

The managers within the service make the decision as to what will happen with each Apprentice.

Click here to return to the main People Management page